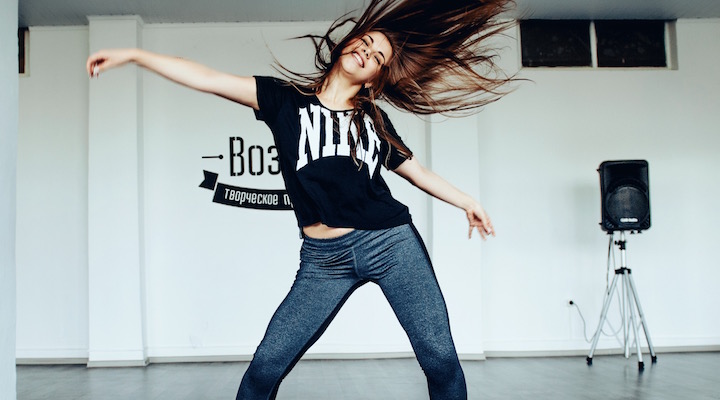 Music is powerful. It has the ability to make us cry, feel nostalgic and smile ear-to-ear. But what is it about Taylor Swift songs that we just can’t shake off? Even if you despise her, you can’t help but smile when you hear those infectious lyrics. Saturday Night Live gets it:

Is this all part of her plan to take over the world? All jokes aside, there’s science behind Swift’s (and other artists’) smile-enhancing songs.

There’s truth behind the “Sex, Drugs and Rock & Roll” phenomenon. Dopamine, our brain’s feel-good chemical, is released with biological rewards—sex, addictive drugs and of course, music. There’s also a tiny pleasure center located in your ears. Called the sacculus, when this organ registers music, it sends those sounds to your brain, making you feel happier.

Now that you know certain types of music can make you smile more, what characteristics make a song “happy?” Personal traits can affect your taste in feel-good music, such as past experiences and mood. However, these are key criteria that make the music itself—happy.

In theory, as music becomes faster, it becomes happier. A high tempo of 150 beats or more per minute subconsciously makes you feel energized. For example, Adele’s “Hello” clocks 79 beats per minute, while Travolta’s “Greased Lightening” comes in at 160 beats per minute.

Songs that sit in a major key on the musical scale evoke positive emotions, according to cognitive neuroscience researchers. Think of traditional tunes played during times of merriment: “Wedding March,” “Happy Birthday,” and Kool and the Gang’s “Celebration.” All of these songs hit the major key sweet spot.

Songs that incessantly repeat a word or phrase are almost always guaranteed for smile success. Though repetition can seem annoying, your brain disagrees. When a phrase repeats, it captures your brain’s motor circuitry, making you feel like the music is pulling you along for the ride. Pharrell’s “Happy” has a whole lot of happy—the song sings the word more than 50 times.

Our playlist is scientifically proven to get you smiling. Based on this formula, science says these songs have happiness in their DNA:

Shake It Off, Taylor Swift

Celebration, Kool and the Gang

Which song gets you smiling? Let us know in the comments section below!