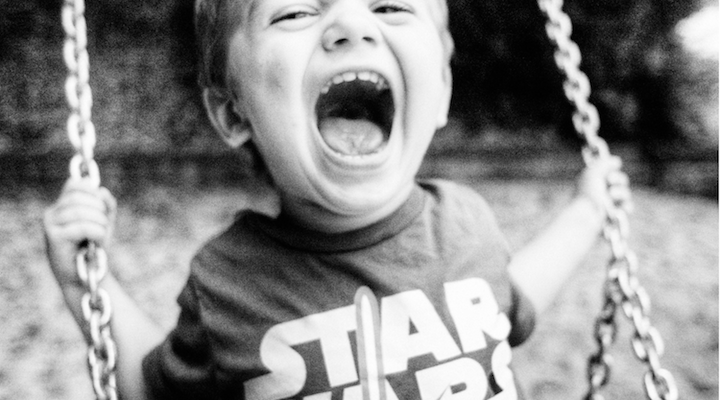 The award-winning Star Wars franchise has some serious bite. Literally. So listen up, saga super fans—you may learn something new.

• Camera technology is placed on teeth.

In The Force Awakens, motion capture dots were used on actors’ bodies, mouths…even teeth! The dots record realistic movements like smiles and facial expressions. This technology is half live-action and half computer animation. This tiny technology is placed on actors’ arms, legs, and teeth. For example, actress Lupita Nyong’o (Maz Kanata) went through a 4-hour transformation every day to get her dots in perfect place. The force is strong with this facial expression.

Big budget special effect films have massive costume teams. And with so many forceful hands on deck, there’s a job for everything—including teeth. Chris Lyons had the privilege of working as a Dental Technician on early Star Wars films. His favorite prosthetic creation featured, “…fluorescent red gums and bright blue teeth.” He described his denture design for movies as 50% sci-fi-style teeth and 50% “nice, white-looking teeth.” It seems even fictional characters want pretty pearly whites.

• A tooth polisher provided the sound for Millennium Falcon.

From the sound of lightsabers clashing to Darth Vader’s exaggerated breaths, Star Wars launches our ears to a galaxy far, far away. So many fancy effects must be made with cutting-edge technology, right? Ironically, many Star Wars sound effects are made with everyday objects. Thanks to dentistry tools, part of the sound for the Millennium Falcon seen in The Empire Strikes Back was all thanks to a tooth polisher. Other parts of the sound included a biplane engine and water pipes. So the next time you’re in for a checkup, embrace your inner Jedi and listen for the Millennium Falcon.

Share your favorite Star Wars trivia with us below!