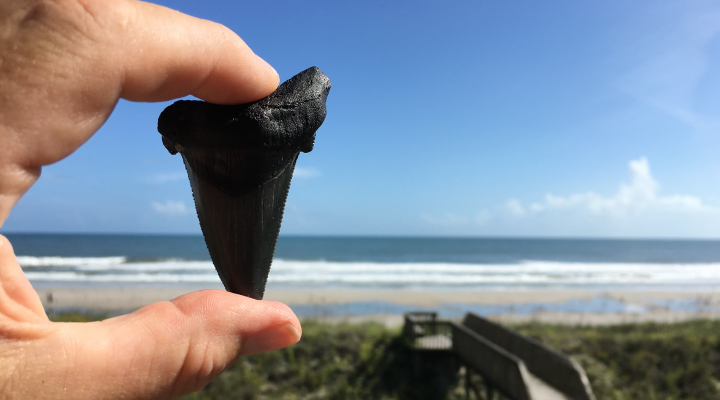 Shark tooth necklaces may have peaked in the 90s, but shark teeth remain popular for fossil collectors and fashionistas. What’s the meaning of shark tooth necklaces? It seems that with the 400 million years sharks have been around, there’s an equal quantity of products to buy. There’s even a shark tooth festival!

These common characteristics may explain why we can’t get enough of shark teeth:

They last.
Shark bodies don’t fossilize, but their teeth do. Plus, it takes a tooth over 10,000 years to become a fossil once it falls out naturally.

They have a history.
In the 1700s, the people of Hawaii used shark teeth as weapons and cooking tools. They called a war club leiomano, meaning “a shark’s lei.” They were also used as ceremonial objects and were oftentimes passed down to royalty.

And the history of their popularity continues. For example, shark necklaces became the hot fashion accessory right after the cult film, Jaws, was released. Coincidence? We don’t think so.

They’re valuable (sometimes).
Prehistoric megalodon teeth are a rare find, which probably explains why a single tooth can sell for several thousand dollars. But not all teeth are as valuable. For instance, teeth from a Great White are easy to find, making them less prized.

Learn how shark teeth size up against human smiles.